Long, long ago in a realm far, far away there was a beautiful kingdom with beautiful creatures ruled by a loving and gracious king until one day one of the creatures decided he could rule better than the gracious king. He wanted to be in charge of  kingdom and have all the other creatures worship him. He secretly led many of the creatures to rebel against the gracious king. After the war was over the good king was victorious. He exiled the rebellious leader and his defiant followers to a far off land. This land was lush and beautiful but it didn’t take long before their evil ravaged their new home turning it into a wasteland.

But the gracious king knew the nature of his creation and the evil of his fallen creatures so he already had a plan to cure the land of the evil once and for all. He sent his son, the prince of the far off realm, to remove the evil from the land. Some embraced the son while most chose to remain in their prideful, rebellious state. After many, many years the good prince defeated the evil creatures and those who followed him were restored to their original beauty.

So what was the original sin? It was the sin of pride.

Who was the original sinner? Eve? Adam? No, it was Lucifer, one of God’s most precious angels who through pride rebelled against his Lord. Adam and Eve’s sin was a sin of doubt and of lack of trust. For a moment they believed the enemy that God was holding out on them.

We continue to feel the effects of their sin but do not be deceived. It was Lucifer’s sin of pride and his need to be above God that led to his rebellion which keeps us in our sinful nature to this day. It was Lucifer’s hatred of God that caused him to taint God’s creation, and he is still at it today, tempting us, taunting us, accusing us, and making us feel that God is holding out on us. Then through our lack of trust, our doubt leads to an attitude of independence and belief we too know better than God. This pride doesn’t end with God but carries over into all our relationships and our attitude toward all of God’s creation. Like the enemy, we too seek to destroy all the Good King’s creation, including our own hearts.

We can fight this. First we must realize we are in a war for our very souls. Our enemy continues to whisper lies, deceiving us into thinking God’s love isn’t true, that he is holding out his best from us. We must break our pride and bow our hearts before our King, the one who can free us from this curse.

Pride may keep us from being humble but realizing how much Jesus has done for us, realizing we’re forgiven, will melt that pride as we realize who we are in Jesus. Check out these lyrics to the song Forgiven by Sanctus Real and remind yourself all God has done for you. Humble your heart before him. 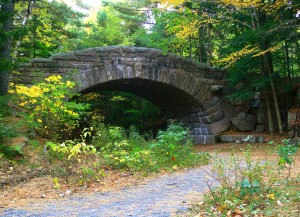 My mistakes are running through my mind
And I’ll relive my days, in the middle of the night
When I struggle with my pain, wrestle with my pride
Sometimes I feel alone, and I cry

When I don’t fit in and I don’t feel like I belong anywhere
When I don’t measure up to much in this life
Oh, I’m a treasure in the arms of Christ

Check out the video Forgiven by Sanctus Real

This little phrase can be heard every so often around my home and while humorous when thrown around by family members to that occasional whiner, we must always remember the feelings of others. Humble yourself before God and others.

Prayer of an Anonymous Abbess 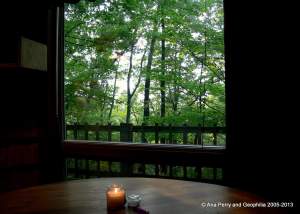 Lord, thou knowest better than myself that I am growing older and will soon be old. Keep me from becoming too talkative, and especially from the unfortunate habit of thinking that I must say something on every subject and at every opportunity.

Release me from the idea that I must straighten out other peoples’ affairs. With my immense treasure of experience and wisdom, it seems a pity not to let everybody partake of it. But thou knowest, Lord, that in the end I will need a few friends.

Keep me from the recital of endless details; give me wings to get to the point.

Grant me the patience to listen to the complaints of others; help me to endure them with charity. But seal my lips on my own aches and pains — they increase with the increasing years and my inclination to recount them is also increasing.

I will not ask thee for improved memory, only for a little more humility and less self-assurance when my own memory doesn’t agree with that of others. Teach me the glorious lesson that occasionally I may be wrong.

Keep me reasonably gentle. I do not have the ambition to become a saint — it is so hard to live with some of them — but a harsh old person is one of the devil’s masterpieces.

Make me sympathetic without being sentimental, helpful but not bossy. Let me discover merits where I had not expected them, and talents in people whom I had not thought to possess any. And, Lord, give me the grace to tell them so. 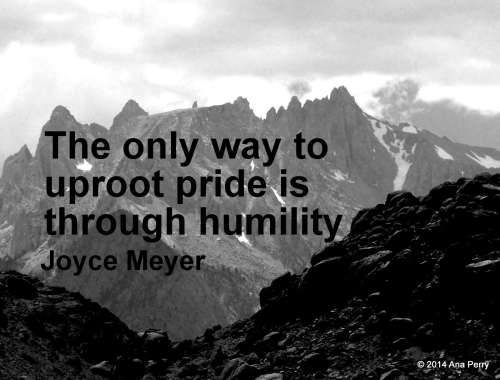 How to Humble Yourself

C S Lewis said, “Pride leads to every other vice…. Pride gets no pleasure out of having something, only out of having more of it than the next man…If everyone else became equally rich, or clever, or good-looking there would be nothing to be proud about. It is the comparison that makes you proud”.

So very few are truly humble, a little dab of pride lingers in all of us. That doesn’t mean we should let pride run amuck in our lives. And we must not only humble ourselves before God but also those God loves. And who are they? Everyone on the planet.

Change is a process and becoming more humble will need much time and work. Pride is a nasty virus and the cure is rough, but it can be done. Once the initial infection is put in check continue treatment just as you would with any antibiotic. Like any aggressive disease it will strike again unless we daily die to it and to ourselves. If you don’t humble yourself you can be sure that God will do it for you (Luke 14:11).

Tips on humbling yourself:

Attitude Challenge:
Choose one of the tips above that you believe is a problem in your life. Pray about it, make a plan of action to conquer this area, thank God for his help and praise Him for your deliverance. Choose a verse or verses (below) to memorize for when you are tempted to let pride rear up again. Do it daily: die to this part of yourself every day.

A Prayer for Humility 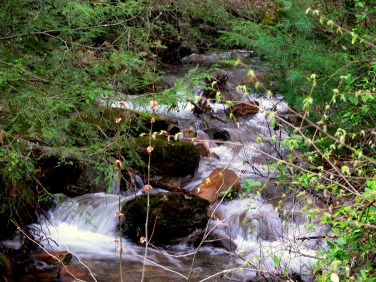 The less I pray, the harder things get,
Trials and troubles, always beset.
The more I pray, the better things are,
I need wisdom that comes from afar.

His best answers come at His own pace,
We must be patient, and wait for His grace.
He alone knows what for us is best,
Sometimes He’ll say “No” to our request.

Delayed answers are trials of faith,
Honor Him, with your every breath.
Confidence in Him should be steadfast,
Our faith should be strong, one that will last.

To be humble means we can’t go alone,
We need His help, lest we stumble and groan.
Your faith is renewed when you pray,
So go to Him oft’ thru’ ev’ry day.

Much words without heart; this God does hate,
Few words from the heart; will ne’er frustrate.
When you pray, you grasp God’s willingness,
Prayer from the heart; He’ll always bless!

God makes many promises; all so great,
All null and void, ‘less we grab them in faith.
They can come to life for me and you,
By trust, faith and prayer; always true. 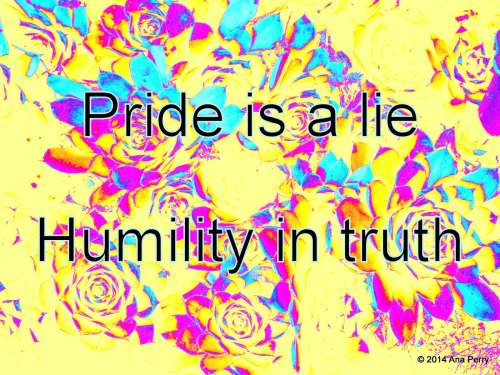 Posted on October 8, 2014 in Inspirational Quotes

We are commanded to be humble. We can’t enter God’s kingdom without humility, not His kingdom here on earth or his heavenly kingdom. Humility is the key to have all you want in life. Humility is needed for forgiveness, answered prayers, and it opens door to blessings. It is the virtue we all need to seek after but pride prevents us from seeing that. It’s especially hard for those who are talented but eventually if you don’t depend on God he will take those away.

For by the grace given me I say to every one of you: Do not think of yourself more highly than you ought, but rather think of yourself with sober judgment, in accordance with the faith God has distributed to each of you.   Romans 12:3  (NIV)

The price is higher than you might think and is hardest virtue to learn. What is the root of this difficulty? Pride. You can’t be full of yourself and obey God or live the life Jesus died for. Humility comes before exaltation; pride before destruction.

Humble yourselves, therefore, under God’s mighty hand, that he may lift you up in due time.   1 Peter 5:6 (NIV)

**What are the characteristics of a humble person?

How many of these characteristics describe you?

There’s a lot of grace for the humble. When we give God glory we are able to rest and prosper in our souls. The walk of faith starts with humility, depending on God to show up. The attitude “I did it my way” will only leave you feeling exhausted. Once you “do it God’s way” you’ll know true peace.

You can choose the road of humility or wait and be humbled by God.

A Prayer for Humility

Jesus, show me where I have a problem with pride so that I may humble myself before you.

More Posts on a hopeful attitude:
How to Humble Yourself
Quotes on Humility

Links to other Attitudes in this series
Introduction to Attitudes 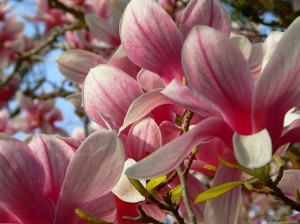 “These are the few ways we can practice humility:
To speak as little as possible of one’s self.
To mind one’s own business.
Not to want to manage other people’s affairs.
To avoid curiosity.
To accept contradictions and correction cheerfully.
To pass over the mistakes of others.
To accept insults and injuries.
To accept being slighted, forgotten and disliked.
To be kind and gentle even under provocation.
Never to stand on one’s dignity.
To choose always the hardest.”

Helping you find your best, healthiest self one recipe at a time!!

This blog is about the random thoughts and inner most workings of my over active brain.

The Earth. Christianity. They go together.

The Art and Craft of Blogging